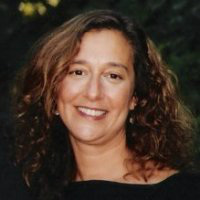 Founder, Essays That Soar
​
Eve Silverman spent the majority of her professional career working with writers.  As an Emmy award-winning television producer, she partnered with professional screenwriters, playwrights, and magazine editors to develop scripts that she produced for all the major networks, including CBS, ABC, HBO, Showtime, and Disney.    She knows how to “tell and sell” stories and is able to bring out the best qualities in established as well as new and developing writers.  ESSAYS THAT SOAR is a natural outgrowth of Eve’s prior work.


After founding ESSAYS THAT SOAR, Eve has been helping students find their authentic “voice” to create and shape their college essays and applications -- as well as applications for transfers, business school, law school, other graduate programs, and grant proposals.  Her personalized approach helps a student identify the story that will best represent their core self to college admissions officers.  She has created unique and tested brainstorming techniques that generate original and surprising pieces for both the super-achiever and the reluctant writer.


Eve is a graduate of the University of Pennsylvania and the Bronx High School of Science.  She was also a guest lecturer at Yale University.